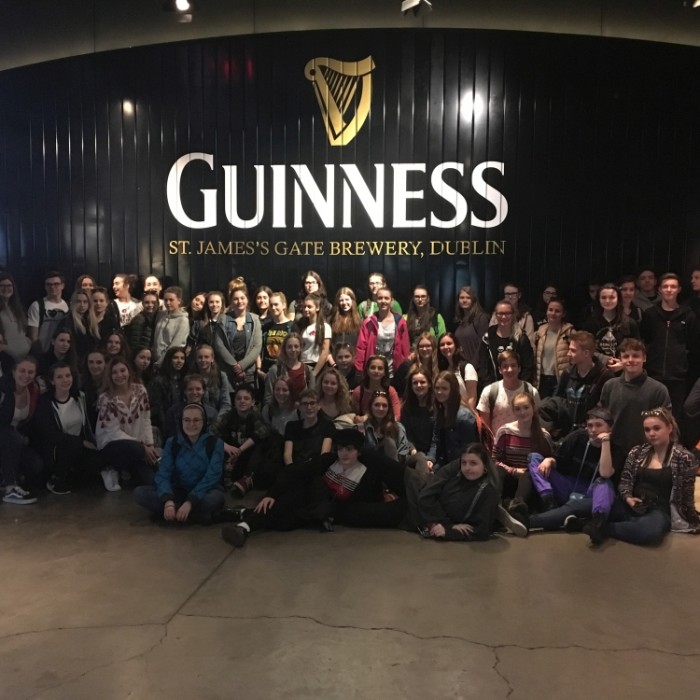 Have you ever participated in a language week? If your answer is YES, you might know that such a week is often a rollercoaster of emotions. Taking part in the life of totally unfamiliar people in a foreign country and being together with your classmates 24/7 cause lots of different problems, but is a great adventure as well.

15th April 2018, 5 o´clock in the morning, 75 tired but motivated teenagers, four teachers, one coach – that was the beginning of our trip to Ireland. For some of my friends it was the first time taking a plane so they were pretty nervous. We gave them mental support, which was the first thing we learned on our trip: take care of people, stick together as a group and never leave anyone alone. Having arrived in Dublin, our host families took us home. The second thing we quickly became aware of: be self-confident, talkative and friendly to strangers. First morning – first school day. It was time to take the DART, the urban train service. But how do we get there? We had to be independent! Finding the train station by asking passers-by. Within the first two days we gained some valuable experience, which will be beneficial for our future lives.

I guess the thing we were all worried most about were our host families. When we arrived at our home for the week ahead, we were quite excited. Our excitement reached a new level when we went upstairs to our room. But – surprise! People in Ireland sleep in beds, too . They have toilets as well and there was even a shower in our en-suite bathroom. Because of the fact that our house was nice, just like the family and their dog, and even the food was great, it was a fabulous experience to see how the Irish live and how valuable drinking water is in other countries.

During our stay we had our daily routine – attending lessons and taking part in afternoon activities. We had a very diversified schedule for the week: a visit to Butler´s Chocolate Factory, which seems to have been inspired by Willi Wonka, Kilmainham Jail with all its dark history and not to forget naked dogs called Greyhounds running in circles. When we had our afternoon off on Thursday we decided to support the Irish economy by going shopping in the old part of town. You think Ireland and its capital Dublin are boring? Then pay it a visit yourself and be part of the nightlife, maybe in the historical Temple Bar.

Looking back at this week in Dublin it was a great change to the regular school routine back home. So, if you have the chance to attend a language week, go for it! 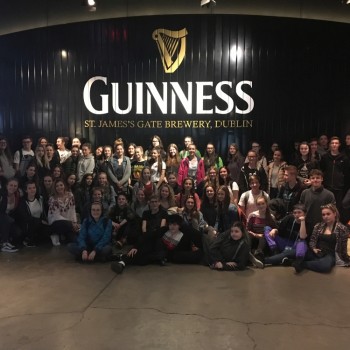 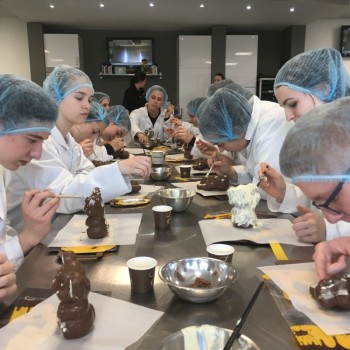 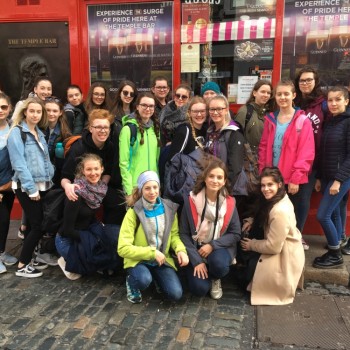